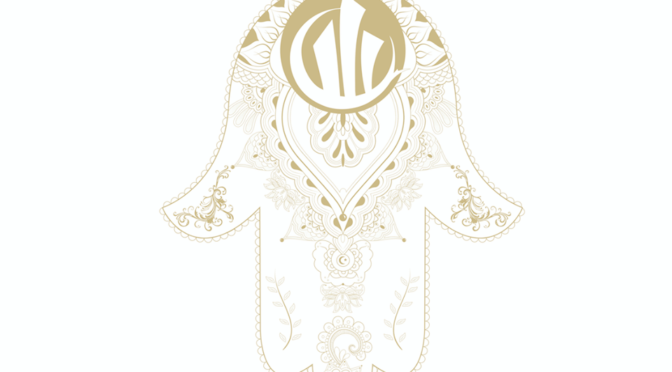 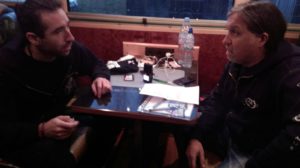 Maxx: How come Myrath is on tour with SymphonyX?
KC: We wanted to tour with SymphonyX and luckily, they chose us, as we were good in the offer: artistically and economically . There were like 30 bands applying for. You know, a lot of people want to tour with them. And finally he called me and told me: „It is okay. It is okay for the price and it is okay because I like Myrath!“.

Maxx: You already played at the ProgPower Festival, didn’t you?
KC: Yes, we played three times, two times in Europe and one time in Atlanta, US

Maxx: The place in Atlanta is magic, unbelievable, isn’t it?
KC: Yes, it is unbelieveable. I played there two times with my other band  „Adagio“, too.

Maxx: How did you get in contact with the band from Tunisia – which now is Myrath?
KC: The first time I met them  was 2006 in Tunisia, in Carthage – in the amphitheatre in Carthage which is an awesome place. Very old. There were Robert Plant, Adagio and X-Tasy. X-Tasy was theprevious name of Myrath. There were four people in the band.
I was listening to the music and after the gig I told them: „Congratulations! This is awesome music because you are doing kind of progressive music, oriental, but it is not fake. It is not like European people trying to fake oriental music.“ This was real oriental music. It makes a huge difference.

Maxx: Right.
KC: So I told Elyes, the keyboard player: „I want to work with you.“ And so we did the first Myrath album maybe three months later – after the gig in the amphitheatre. The name of this album is „Hope“. And I worked hard to find a record label for the distribution of „Hope“. At the end, we signed at a little French label called Brennus Music – the boss is a great person. We didn’t do any promotion but the album went good. We sold something like 3000 CDs – without any promotion! For me this was really good and I told Myrath: „Okay, we have to continue because there is something. There is something going on with the band.“ So two years later we did „Desert Call“. And for „Desert Call“ I told the band: „Okay, you are Tunisians, you have to put the maximum influence of Tunisian music. Don’t be shy. You don’t need behave like Symphony X, or other prog metal bands you love. You are from Tunisia so you have something different to present.“ So we worked on the songs and particularly on the way to mix drums and double case. Because it was quite difficult to combine metal drums and double cases. So we worked a lot on the songs to create a new sound. A new Arabic sound. It required an hard work to achieve this.

Maxx: Of course.
KC: And the album sold quite good.

Maxx: Great.
KC: And „Legacy“ is on the same route.

Maxx: The band is half French, half Tunisian, isn’t it? More or less.
KC: More or less. We have four Tunisian people, one of those four is living in Paris. He is a music teacher. The drummer is from Lyon and I am from Paris. So three guys from France and three guys from Tunisia.

Maxx: They play the Arabic music because they learned it at school or at university?
KC: They didn’t study anything. When you are living in Tunisia you can hear this kind of music around you at anytime. It is in your blood. You don’t need to learn anything. The only music they learnt is classical music because they want to learn it. But all the oriental influences they don’t have to study.

Maxx: Because they have it in their blood.
KC: Exactly. Which is quite impressive. When I started to produce the band and to compose everything,  it was quite difficult for me because it was the first time I heard a quarter turn – on the violin. And some double turns but not straight on time because it is kind of elastic. And for European people, when you listen to it the first time, you can’t understand it. So I had to work to get it.

Maxx: Like a real, heavy, progressive metal band. You have to listen to them 100 times to understand and appreciate the song in every single detail.
KC: Yes, and I think it’s even more complicated.

Maxx: Without you, it would be very complicated for the band, let’s say: ” to go out of the desert”,  wouldn’t it?
KC: It would be impossible.

Maxx: Noooo?!
KC: No, they can’t. You can’t take Dinar and exchange Dinar to Euro. The rest is impossible. Paypal is not working, Ebay is not working – nothing is working.

Maxx: And the word “Myrath” means legacy, right?
KC: Yes. It means legacy. We wanted to name the album legacy for two reasons: The first is the legacy of our good father Ahmed Ben Arbia, who was the manager and father of Marek (the guitar player; note of the redaction). Ahmed passed away two years ago. This was a total mess because he was managing a lot of stuff and did a lot of work for the band. His death destroyed everything. We needed to reconstruct everything. It was very complicated. So therefore this album is dedicated to him. And the second reason why we named the album „Legacy“ is the legacy of the Tunisian culture.

Maxx: When the new album „Legacy“ was published officially?
KC: The album has been released first in Japan. A month later in Europe. We have this difference between France and Europe because it was quite difficult for us to find a record label. Now we signed at Edel which is a huge company in Europe. So the album is selling good. Much better than the previous one.

Maxx: Are there some numbers already?
KC: It is selling quite good. I don’t know if you know the numbers one band can achieve with selling CDs right now. It is ridicolous. But, for example, in France the first week when the album was out, we sold 1000 CDs. So we where in the Top Charts 100 in France (all genres included, not only metal). This is quite good. In the United States we sold something close to 2000 pieces. For metal music it is really good going.

Maxx: Yeah! Really great, indeed! And you still have to finish the tour with SymphonyX – this will be a huge possibility to show up to the world that Myrath is a great live band too!
KC: Ja, of course. We are organizing right now a headlining tour. So we will headline in France in November and December. We will see if it works out. We would like to go to Spain and Portugal, maybe Italy, We will try to do a little European tour just to see if people are coming. Two days ago we played in Marseille, headlining, without any promotion – and we did about 200 people. It starts to be interesting. And in June we will try to play in Paris. Headlining in Paris, 600 people capacity. That means we have to sell a lot of tickets but we will try.

Maxx: Do you think that one day all members of the band will live in France?
KC: They can’t move.

Maxx: How do you communicate? Via email? Skype? Also for exchanging music, files and ideas?
KC: We compose via Skype. Everybody is on Skype. I go to Tunisia around once a month – so a lot. But if they want to live in France they need to merry a girl or …. there is no solution.

Maxx: I saw the videoclip „Believer“. Did you help them to do this, as well?
KC: Yes. I produced it. We recorded the video in Serbia. Because it was less expensive. And than we had four people, two months long to do the post-production. Because we used the chroma key technology. Do you know what this is? You have a green screen, the people and the rest is done by computer. Even the guitars, the bass – everything is fake, everything is post-production. So it was a lot of work.

Maxx: You made this too?
KC: No. I produced it. I payed it. I didn’t  „conduct“.  As I know only a little bit about music but nothing about video technics.

Maxx: Bene!! I hope to see you soon again. Hopefully in Italia!
I’m a BELIEVER! 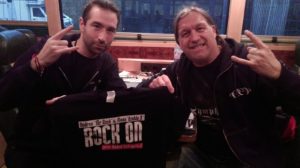